“Cosa faremo per cena?” (what are we going to make for tea?)  my dear mother would ask us kiddies in our Triestin patois as we sat at the tiny kitchen table, facing a mountain of wild harvested mushrooms we had managed to find during a very early foray into the countryside.  I was around 4-5 years old at the time.  My brother Robbie was around 7-8.  We lived in a tiny housing commission house in Norlane, a very poor suburb of Geelong that was within sight of the refinery.  Each weekend in autumn my parents would gather a few basics in the car and off we would go looking for mushrooms.  Autumn had truly arrived when there was at least one inch of rain in the old scale, closely followed up by another inch.  Dad always reckoned that the second inch of rain would assist with mushrooms to pop up out of the ground.  The rainfall amount would signal an ancient survival instinct in my parents who routinely starved during the war.  My father survived on the hunter gatherer style of living during the war when he escaped German occupation during a bombing raid.  Dad’s apprenticeship as a telephone linesman ended that fateful day as he morphed himself into a sixteen year old Partisan up in the hills surrounding Trieste, in the far north of Italy.  After the raid, Dad ran home and told his Mum he was escaping up to the hills as the Germans would have come looking for him.  Dad received a decoration from the Yugoslavian government after the war.  Dad said the medal was “rubbish” and threw the letter with the decoration offer away.  Time to forget.  Hunting/gathering was a way of life that sustained my father, mother and ancestors back then.  Even after the war as a police officer put on border guard duties, dad would use his meal time to forage in the forest for mushrooms.  A new country and the old ways remained as we were dirt poor.  The old banger of a car just managed to get us to local country areas where the hunt was on.  These days, all that remains of the rich, cow manure riddled paddocks where we gathered mushrooms are memories because all the region has been swallowed up by government encouraged incessant population growth that is only rivaled by our out of control and highly destructive wild rabbit population.

My excited answer to my mother’s rather loaded question was always the same. “Risotto!” I squealed and my parents invariably laughed. I never knew why my parents laughed because I always made that culinary link between the wild mushroom mound on the table and risotto.  I adored mushroom risotto and still do to this day, even though I no longer have the time or access to forage for wild mushrooms myself.  The mushrooming experience was the entire package in family time and enjoyment and the thrill of the hunt for me personally; a hunt that has remained with me for life.  Mum and dad always sat at the table and poured the container of mushrooms onto some used newspaper.  There was always newspaper in the house as my father taught himself to read, speak and write English by reading the newspaper.  My father was an intelligent man who was stymied completely by the reality of the war, poverty and migration to Australia.  Mum and dad then sat down and slowly cleaned up the mushrooms for cooking up either in a risotto or as a base for other meals.  The kitchen developed that delicious, wild mushroom scent the more my parents worked at the table.  Sometimes mum would pickle mushrooms in oil, herbs and garlic and bottle these in a few Fowlers Vacola bottles she had acquired.

Mushroom risotto it was to be and it was a meal that was thoroughly enjoyed at our little red kitchen table.  Mum always prepared for the possibility of finding mushrooms towards the end of the week when we would walk over to east Geelong to the Slovenian butcher shop where mum purchased a nice chicken to make the brodo.  Brodo is an integral element in a good risotto.  You can make either beef or chicken or a combination of both style of brodo.  I have published a basic chicken brodo recipe in this blog here.

Now, for a good feed of risotto that will feed 4 people, you will need two cups of Arborio rice and around 10 cups of simmering brodo.  Arborio rice absorbs many times its own weight in fluid and is the ideal rice for a risotto as it ends up nice and plump and sticky.  Do not use Basmati or other types of generic style rice which are suitable for other styles of cooking.  Simmering brodo is an absolute essential in risotto making as you add ladle full after ladle full of brodo to the pan as the rice slowly absorbs the fluid.  You cannot hurry up risotto.  If you want to hurry up this recipe, considering eating out instead.  Good food that is made with care and love can never be hurried.

Chop up a red onion and some leek too, if you fancy; alongside a few pieces of bacon.  Clean and slice the mushrooms.  For this quantity of risotto, I would use around 500 grams of mushrooms. Risotto is the type of recipe that needs the ingredients ready to add to the pan.

Heat up around 1/4 cup of extra virgin olive oil and around 60 grams of unsalted butter in a wide pan that comes with a lid.  Melt down the fats and add the bacon, onions and leeks if you are using leeks.  Gently saute the base ingredients until they are soft and starting to take on a light golden colour.  Do not burn the foundation.  Now, for a red based risotto, you add a couple of tablespoons of tomato paste at this stage, before adding the rice.  If not, just proceed like I have here.

Add the rice and turn up the heat a little bit. Start tossing and turning the rice over in the pot.  The rice toasting is an important step in risotto making.  Keep on turning over the rice until it starts to take on a translucent appearance.

Add one ladle of brodo to the pan.  The brodo should immediately start sizzling like anything, creating a lovely, fragrant cloud of steam.  Add the mushrooms and continue the turning the ingredients over in the pan.  The first ladle of brodo will disappear almost immediately as the rice is very thirsty as this stage.  Continue turning until the mushrooms are well coated and starting to soften.  You may have to adjust the heat at this stage to ensure none of the pan contents burn at all.  Consider adding a cup full of green peas for added flavour and colour.

When the rice looks a little dry, add another ladle of simmering brodo and continue gently stirring.  Keep on adding ladle after ladle of brodo to the pan as the rice continues to absorb the fluid.  The rice will gradually lose its translucent shape and start to plump out as in this photograph above.  The rice is halfway cooked in this photograph.

Continue adding ladles of brodo and stirring gently as you do so.  After approximately 20 minutes of simmering and stirring, taste a few grains of rice to see if they are cooked.  The rice should be soft with no gritty bits in your mouth.  The risotto will have changed in colour to a rich golden brown too.  When the rice is cooked enough, turn off the heat and add around 1 cup of grated Parmesan cheese.  Stir the cheese through the risotto and put the lid on the pan.

Set the timer for 15 minutes to permit the rice to continue cooking and absorbing any excess brodo.  If you have around half a cup of brodo left over, consider adding this to the risotto.  You want to end up with a soft, slightly wet risotto as in the photograph below.

Serve this delicious meal with a nice tossed green salad on the side.  Enjoy one of the delights of autumn that has been part of my life forever.

Left over risotto can be heated up the next day.  You will have to add some brodo to the leftover risotto though as the risotto will have dried out somewhat.  Another delicious way of using leftover risotto is to make Suppli, though you must ensure the risotto sits overnight in the fridge to harden up.  Take a heaped tablespoon of cold risotto into a wet palm.  Add a cube of mozarella cheese and envelope the cheese with the risotto to make a ball.  Dip in plain flour, beaten up egg and breadcrumbs.  Set the Suppli on a tray in the fridge for at least 30 minutes to set the coating.  Deep fry the balls until they are golden and crisp.  Kiddies (and grown up kiddies) love risotto served up this way.  An excellent starter to your next meal.  Serve Suppli with a tossed green salad that contains tomatoes and peeled and thinly sliced cucumber.

Enjoy Risotto di Funghi, a primary seasonal dish that has been part of my ancestral cuisine for centuries. 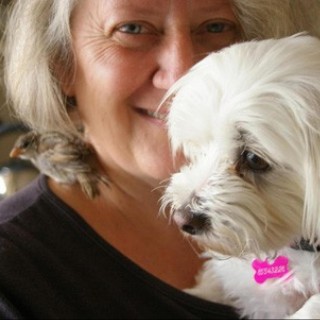